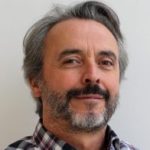 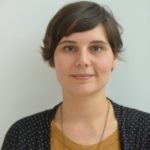 The area of research is focusing on retinal pathologies of genetic origin, optic neuropathies, age-related macular degeneration and uveitis. Retinal diseases of genetic origin are described as a disfunction of the retina (the most common, retinitis pigmentosa, is characterized by a degeneration of the photoreceptor and pigment epithelium) which is responsible for blindness or visual impairment. They reach one in 3 000 people and their current care is limited to the accompaniment of visual impairment without current treatment. Hereditary optic neuropathies are characterized by impaired central vision associated with optic nerve damage.

They cause visions damage that can lead to blindness. The attack is most often bilateral, affecting one in 10 000 people in France. Actually, for these diseases, neither treatment nor codified cares are adopted. Age-related Macular Degeneration (AMD) is a chronic retinal degenerative disease that begins after 50 years old. It selectively affects the central area of the retina (macular region), resulting in a progressive loss of this central vision. AMD is the leading cause of visual impairment in developed countries among people over 50 years old and affects one in 3 people over 80 years old.

The current care of AMD is limited to the symptomatic accompaniment of visual impairment and anti-VEGF injections for neovascular complications, but no long-term curative treatment exists nowadays. Uveitis is inflammation of part or all of the uvea, which is composed of the iris, the choroid (membrane that irrigates the retina) and the ciliary body. Uveitis can be caused by an infection (e.g. virus, herpes), an inflammatory pathology (e.g. autoimmune disorder) and affects one in 2 000 people. The current care is based on anti-inflammatory and immunosuppressive drugs but has limitations with significant drug complications. The current care and therapeutic possibilities are far from being satisfying for the majority of patients affected by these diseases and gene therapy approaches promise to significantly improve the therapeutic possibilities for all of these diseases where conventional drugs have limited utility.