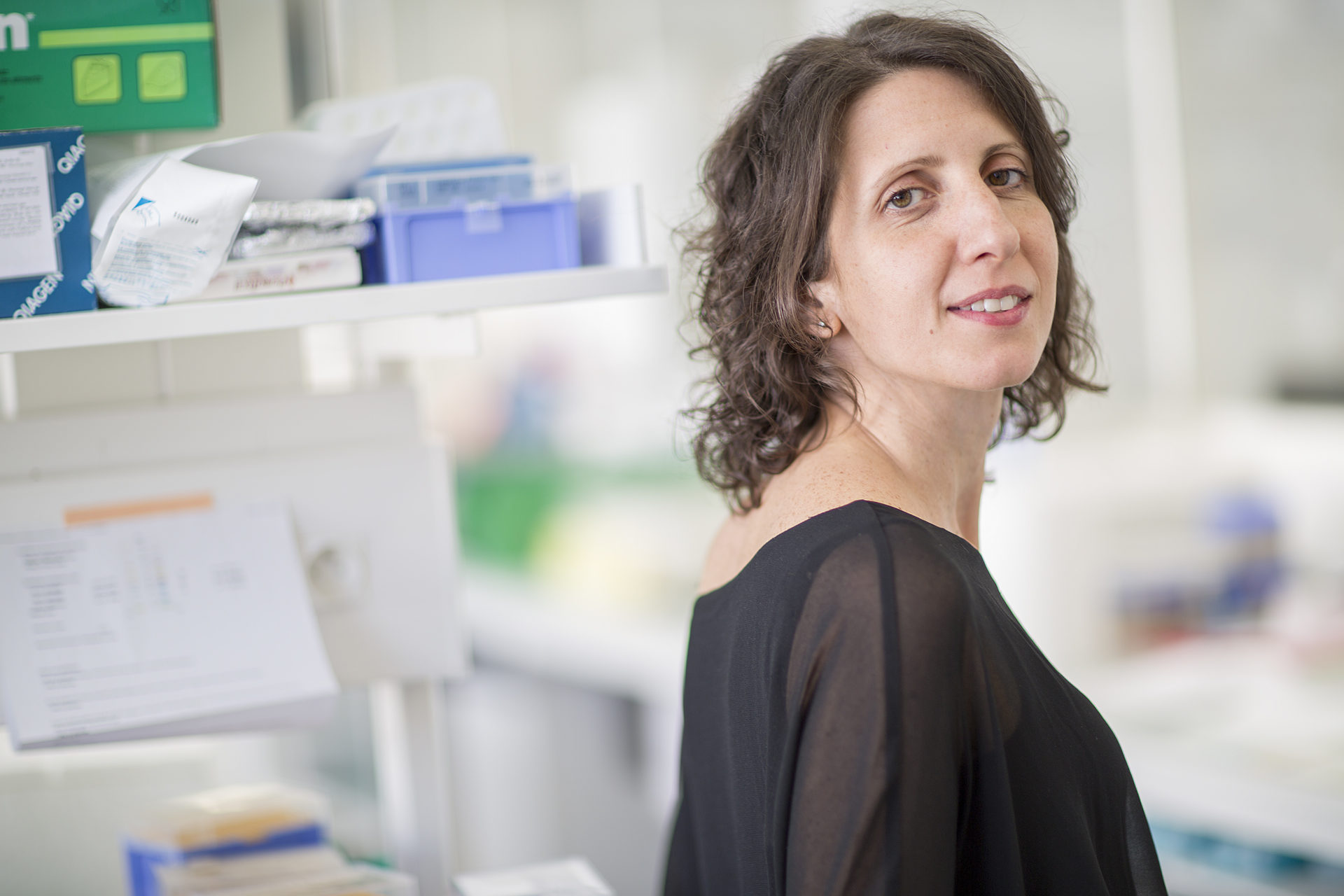 Now recognized by the Nobel Prize in Chemistry 2020, the CRISPR/Cas9 “molecular scissors” have completely revolutionized the world of research, particularly those aiming to treat genetic diseases. We met Dr. Annarita Miccio, director of the “Chromatin and gene regulation during development” laboratory, INSERM, at the Imagine Institute, who has been using this method of gene modification in her research for several years, hoping for treating beta-hemoglobinopathies such as sickle cell disease.

A.M: Beta-hemoglobinopathies are the most common genetic disorders worldwide. It is estimated that 7% of the world’s population carry a genetic trait of hemoglobin disease, and the prevalence in some endemic areas, such as in Africa, can reach 25%. Beta-hemoglobinopathies are characterized by an alteration in the production of adult hemoglobin, protein in the red blood cells essential for the oxygen transport through the body. This alteration can be due to a defect in the expression of the beta-globin gene, like in beta-thalassemia, or to mutations inducing an abnormal hemoglobin structure leading to a deformation of red blood cells, like in sickle cell disease. Anemia is the most common clinical sign, which can lead to organ damage, depending on the severity of the disease. So far, the only curative treatment available for patients is a bone marrow transplant from compatible donors that is unfortunately available only to a fraction of patients. For others, a frequent blood transfusion corrects the symptoms and limits complications. In such a situation, it appears essential to concentrate our research to find a satisfying therapeutic alternative to treat hemoglobinopathies.

Tell us about your gene therapy research project on sickle cell disease. How did you come up with the idea of ​​integrating CRISPR/Cas9?

A.M: At Imagine Institute, my laboratory works on various approaches to treat sickle cell disease, including gene therapy. Among gene therapy strategies developed in the lab, one of them aims at reactivating fetal hemoglobin in red blood cells. The gene encoding for the fetal hemoglobin is expressed during the fetal life and is usually silenced after birth. Indeed, most patients suffering from sickle cell disease and beta-hemoglobinopathies more generally, carried a normal form of the gamma-globin gene, encoding a subunit of the fetal hemoglobin. Therefore, reactivation of this gene could compensate the defective adult hemoglobin by increasing the levels of the therapeutic fetal hemoglobin and therefore, ameliorate clinical signs of patients. Back in 2012, we identified genomic targets in the genome of patients that could be modified to enhance the expression of the therapeutic fetal hemoglobin. However, at the time it was difficult to design and use the first-generation “molecular scissors” such as TALEN or zinc-finger nucleases. Therefore, the advent of the CRISPR/Cas9 system in 2013 allowed me to rapidly develop tools to modify genomic targets in the patients’ genome in order to re-express fetal hemoglobin in patient red blood cells. This project is supported by several grants and especially by DIM Gene Therapy and Paris Region.

Can we say that CRISPR/Cas9 is revolutionizing the field of gene therapy?

A.M: Yes, definitely. Thanks to its efficiency, ease to use and relatively low cost, the potential and the perspectives offered by the CRISPR/Cas9 system are huge. In my lab, we are able to reactivate gamma-globin gene ex vivo in cell patients and produce therapeutic fetal hemoglobin in a sufficient level to restore the normal phenotype of modified red blood cells. We hope these results will lead in the future to a therapeutic protocol for treating sickle cell patients. Moreover, several CRISPR/Cas9 gene therapy approaches are already in clinics for different genetic and non-genetic diseases such as cancers.

What are the next steps of your project? Can we hope for a gene therapy treatment using CRISPR/Cas9 soon?

A.M: Although promising, CRISPR/Cas9 strategies raise some concerns of the safety of these “molecular scissors”. These genetic scissors require breaking DNA before repairing it, and these DNA breaks are not completely harmless. Therefore, in the latest years, thanks to the first discovery of Emmanuelle Charpentier and Jennifer Doudna, novel CRISPR/Cas9 based tools have been developed such as base and prime editing that hold the promise to be more efficient and safer. In my lab, we are now developing such strategies and we hope to start preclinical studies soon and enter in the clinical realm. However, a marketed therapeutic treatment will take few more years.